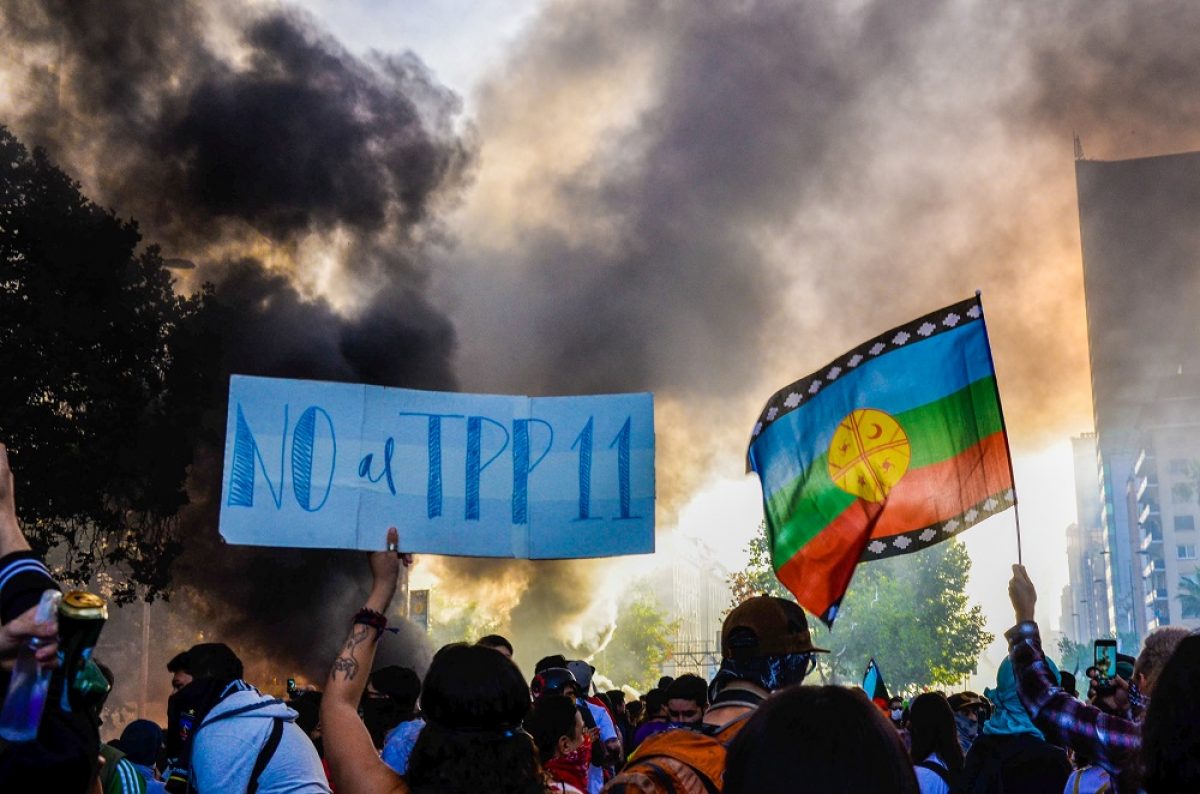 The impacts that TPP-11 will have then must be analyzed in an integral way, not by chapters. For years now, from various academic and social sectors, we have been explaining that agreements such as the TPP-11 are negative in their entirety.

Recently, especially since the victory of the rejection of the text of the Constitution, there has been enormous pressure from the right wing on the government of Gabriel Boric to speed up the approval of the Trans-Pacific Partnership (TPP-11) in the Senate. That last step for approval has been on hold since 2019, when the mobilized Chilean civil society managed to stop the process. After months of discussion of the technical and political problems of the TPP-11, there seemed to be a tacit progressive consensus that this treaty would go against any project to change the neoliberal matrix in the country.

For this reason, the announcement by some sectors of the government that this would be the moment to put the TPP-11 back on the table has caused surprise. But what has drawn the most attention is the recent strange conviction of officials, who maintain that with the signing of some side letters the treaty could be “improved”. Focus has been placed on the investor-State dispute solution mechanism (ISDS). “This is something that we explicitly included in our government program”, as Senator Juan Ignacio Latorre pointed out.

Most notably, the government is made up of many members who are aware of the deep problems of the TPP-11. For example, in 2015 Carlos Figueroa, current advisor to the Presidency on international issues, took up the words of Joseph Stiglitz, Nobel Prize in Economics, about how the TPP-11 «would harm developing nations like Chile, in areas such as the environment and digital rights”. Also, the current undersecretary for International Economic Relations, José Miguel Ahumada, stated in 2021 that «it is not correct to say that the economy will be reactivated with the TPP-11 (…) the market access generated by the TPP is minimal, as we already have trade agreements with all the member countries”. However, the officials maintain that with the signing of the side letters it would be possible «comply with our government program». But is this possible?

What the side letters are, and why are they not enough to modify the essence of the TPP-11

The signing of side letters to free trade agreements has become an increasingly common practice, given that these treaties incorporate so many different disciplines (which go far beyond simple «trade» and market access). So, States have begun to request certain safeguards in some areas of the treaties.

Regarding TPP-11, the only five side letters that exist were signed by New Zealand with Peru, Australia, Brunei, Malaysia and Vietnam, to limit the access of investors from these countries to the investor-State dispute settlement mechanism (ISDS) against New Zealand. This mechanism allows foreign investors to sue States in international arbitration forums if they understand that a public policy affects their property or profit in any way. This mechanism is included in Annex B of Chapter 9 on Investments of the treaty.

What can we conclude from the New Zealand experience? Undoubtedly, this country managed to restrict access to a mechanism that is detrimental to the state’s regulatory capacity. This ISDS mechanism has been the reason for lawsuits against Latin American countries on 327 occasions, according to a recent report by the Transnational Institute (TNI). However, while the side letter mechanism is valid, its practical effectiveness is undermined by a number of factors: New Zealand already had other treaties providing ISDS to investors, including bilateral investment protection treaties with some of these countries; investors have the ability to bypass this type of restriction by “treaty shopping”, where they choose which treaty to use to sue a State; and third, the possibility of new countries accessing TPP-11 in the future, such as Great Britain, which has begun formal negotiations to join the bloc.

But the TPP is much more than ISDS. It is made up of 30 chapters. Of these, only 7 chapters refer to specific trade issues (trade in goods, rules of origin, sanitary and phytosanitary measures, among others). A specific chapter on Investments includes the ISDS mechanism. So, what do the other 22 chapters include? They include commitments on public procurement, services, electronic commerce, telecommunications, intellectual property rights, financial services, regulatory coherence, the environment, and labor issues. The number of disciplines covered turn the agreement into a kind of octopus that traps everything in the public space, and converts anything it can into private, giving free action to companies and pushing the primary-export model, while restricting the public policy space in all the sectors mentioned.

So, are the side letters enough to change the essence of the entire TPP?

The answer is no. The impacts that TPP-11 will have then must be analyzed in an integral way, not by chapters. For years now, from various academic and social sectors, we have been explaining that agreements such as the TPP-11 are negative in their entirety. Nothing changes that TPP-11 is the worst free trade agreement in history; not even restricting access to the ISDS mechanism for foreign investors. As the officials themselves maintain, there is no way that the treaty will collaborate in the construction of a different development model for Chile, one that pushes levels of industrialization while respecting human, labor, and nature rights.

Relying on these side letters is then not only a technical error, but a tremendous political mockery. It seems incredible that after so many years of debate we must still bring up technical arguments. There is nothing that has not already been discussed about TPP-11. But as we see, the problem at this point is not technical, but political. We therefore hope that the government lives up to the circumstances of what its own citizens demanded in the 2019 protests: no to TPP-11.